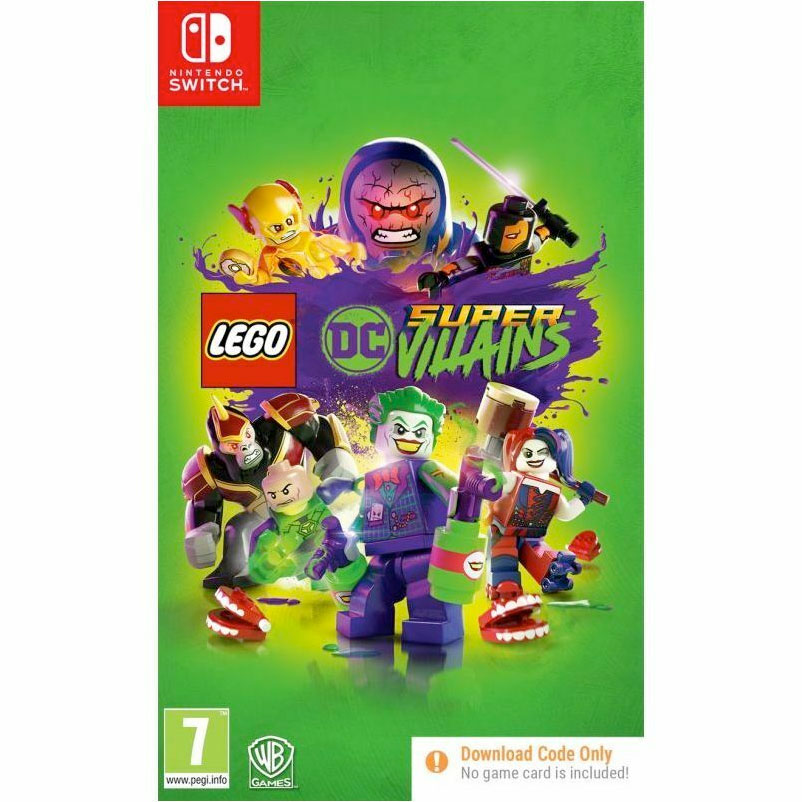 Please note this game is a download code in a sealed retail box (internet is required to redeem/download).

Embark on an all-new LEGO adventure by becoming the best villain the universe has seen in LEGO DC Super-Villains. For the first time, a LEGO game is giving players the ability to play as a super-villain throughout the game, unleashing mischievous antics and wreak havoc in an action-packed, hilarious story written in collaboration with DC Comics. Set in an expansive, open world experience within the DC Universe, the Justice League has disappeared, leaving Earth’s protection to their counterparts from a parallel universe, who have proclaimed themselves as the ‘Justice Syndicate’. Sometimes, it takes more than a superhero to get the job done and it’s up to the player and a crazed group of misfits to uncover the intentions of Earth’s new, strange, wannabe superheroes. Joined by renowned super-villains: The Joker, Harley Quinn, Lex Luthor, Deathstroke, Killer Frost, Sinestro, and countless others from the Injustice League, players will set out on an epic adventure to ensure their villainy remains unrivaled.

All products we sell are genuine, official items, stocked and shipped from the UK. We guarantee shipping within 1 working day of purchase (orders placed after the cut off shipment time on Friday and at the weekend will be shipped the next working day which is usually Monday apart from Bank Holidays. eBay will show you the cut off time each day for same day dispatch, and an estimated delivery date based on your chosen postage method.

We want you to be 100% happy with your purchase from Click Shop Save. If you wish to return an item as unwanted, or faulty, then please get in touch via the eBay Contact Seller link and we will be happy to help. Please note: If an item arrives damaged then you must report this within 48 hours of receipt in line with the couriers terms and conditions in order for us to make a claim.

Trading for over 15 years online, our family run business is based in the UK and all products are shipped from our stores in the UK.

There are no reviews yet. Add a review

Gravel Xbox One – New and Sealed